Lameness is caused by various factors, including nutritional, infectious, environmental, and mechanical factors such as trauma, impact, and bad positions that lead to mechanical injuries. In dairy cows, where our goal is maximum production, lameness disease is obvious in its visible form, and in milder stages, it causes the animal’s fertility to decrease to different degrees and a decrease in lactation occurs. In fact, this disease severely affects the two main goals, which are reproduction and milk production.

Symptoms of lameness from abnormal walking to loss of mobility:

About the symptoms of this disease in livestock, we can say: This disease may start from an abnormal gait in the livestock, such as walking with a bent back and unbalanced weight distribution on the livestock’s hands and feet; Sometimes the whole animal cannot move one arm and leg, and these symptoms, with the severity of the disease, lead to grounding and losing the ability to move in the animal, and when this happens, the animal loses the ability to go to the manger, eat and move. He misses the milking parlor.

Prevention of lameness by regular movement control in large farms:

In industrial livestock farms, there are solutions to prevent lameness disease, which can be found mainly based on observation; Mainly, regularly, sometimes in large farms, even every day, the animals are controlled in a certain way, for example, when leaving the milking hall, and there are standard systems for scoring the movement of the animals.

This score is from one to five, two being the beginning of the symptoms of the disease, and the number three and above indicating more severe lameness. In this scoring, before they reach the higher grades, for example three, their number, which is the number of the animal, must be noted down and directed to a place that is called the sam or samchini. At this stage, the animal is examined, and if there is a complication such as a wound or a foreign body in the leg or the hoof itself, or if the hoof is deformed and has grown excessively, it is examined, and as a result, the hoof of the animal is corrected and treated. These factors make it possible to prevent more severe disease and reduce economic losses to the livestock farmer.

Is lameness contagious or not?

Some infectious agents are contagious, and when the infectious agent is present, it can affect other animals as well. It can be said about the prevention of lameness disease: the first way to prevent it is to use poison disinfection baths in which the animal moves with a certain time frequency and special solutions. Local treatments and some health measures, such as the use of flame and disinfection at the farm level, which minimize the causes of the disease, and as a last resort, grading the movement of livestock and controlling nutritional issues can prevent the occurrence of lameness. 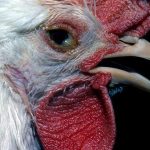 Everything related to poultry infectious bronchitis 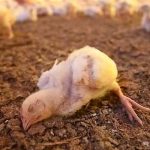